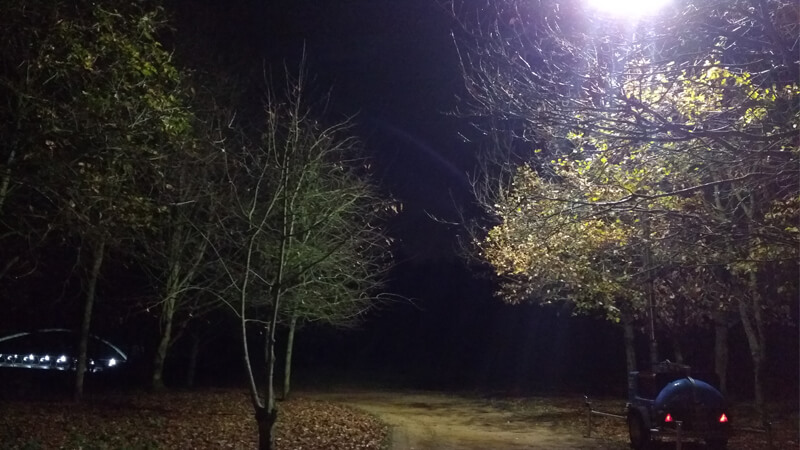 From now until Christmas, the Ecolite TH200 hydrogen fuel cell light towers will be welcoming over 6000 visitors as they arrive for Painshill’s Festive Illuminations evening event. The light towers are being used to light up the car park and pathway to the Visitors Centre of one of Surrey’s biggest tourist attractions.

TCP are using this opportunity to demonstrate the advantages of using hydrogen fuel light towers to eliminate carbon emissions, noise pollution and risk of fuel spills within an environmentally sensitive heritage site. This innovative lighting solution which has been developed in partnership with BOC, a Member of The Linde Group, produces electricity from the reaction between hydrogen and atmospheric oxygen; the only emission is water vapour.

With the Ecolite TH200, Painshill has the resources to light up areas which are off grid without producing air pollution or causing any disturbance to wildlife and neighbouring houses. The light towers are not only virtually silent in operation these units use Prismatic Lens technology which reduces light pollution and unwanted glare.

“We are delighted to be supporting Painshill landscape garden with a clean air alternative to a traditional diesel generator. Our hydrogen light towers are far more sociable for public events as they are quiet, and they produce light which is similar to lunar light instead of white light, making it much more pleasant experience for visitors,” says Simon Meades, TCP Ecolite Product Manager.

TCP has also supplied Painshill with its new LPG 2500 Power Pack which also provides a clean air alternative to diesel generators for off grid applications. This new compact lightweight battery pack is being used in the landscape garden wherever possible to power some of the lights used within Festive Illuminations display.